Here is a comment worth posting from Jason Medina 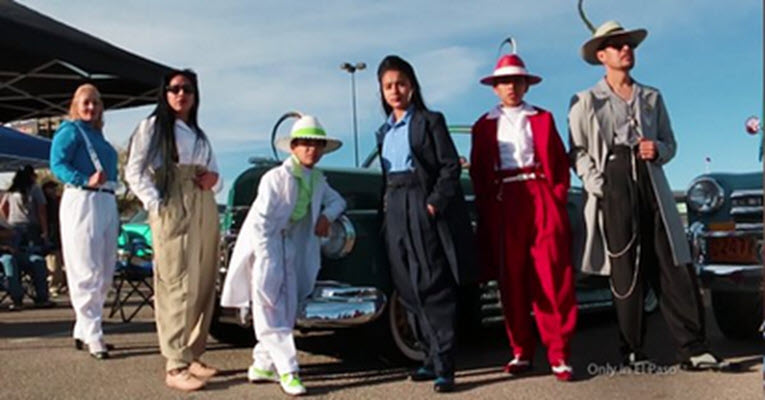 The word “chuco” is a word that evolved from the Indians and the Mexicans that lived in this area. It meant dirty, low class. This is where the criminal element if you will, lived. Mexicans passed through here to get to the U.S. and outlaws who were on the run would hide out here. Like Taco Bell, head for the border or Western films the bad guys always wanted to reach Mexico.
The origin of the zoot suit came from the French army in 1865. As it made its way through out the U.S. by train it got the name zoot suit from the blacks who were into the jazz and swing music. They gave it the name but didn’t invent it.
Pachuco came from the Mexicans who passed through and found work throughout the U.S. and when they wanted to go back to El Paso (Chuco) it just became a shorter name for them; Where are you going mijos? Pa el chuco…pachuco.
That in a nut shell is the condensed version.