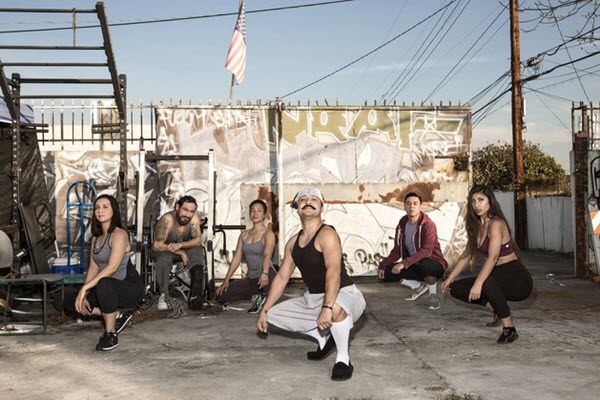 Frankie Quiñones displays a textbook Chicano look: a bandanna over his eyebrows, a white tank top and a fake bigote that brushes over his upper lip. In a black-walled San Diego nightclub this year, he stood in front of millennial, mostly Mexican American fans dizzy on craft beer and vodka, leading them in a set of exercises he calls Cholofit.