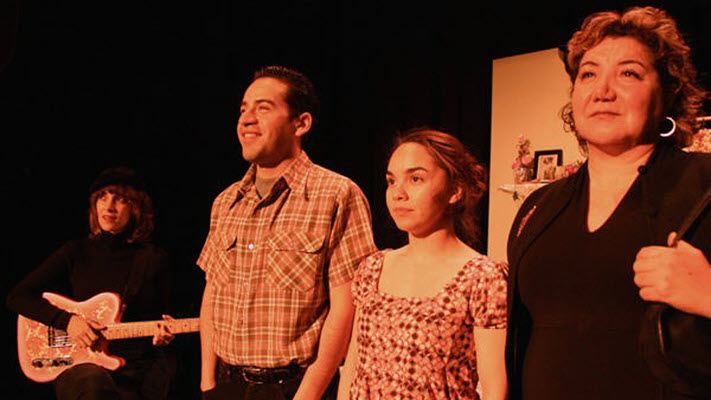 Los Angeles, California —The three-time Grammy-winning East L.A. band Los Lobos may have had its most successful tune in “Evangeline, the Queen of Make-Believe,” and now for a short time only, through April 8, you can experience a remount of a 2012 musical play by that name set in 1968 that features Los Lobos songs as performed by Latin Grammy winner Gaby Moreno.