This outfit defined an era, created a riot, and was banned by the government 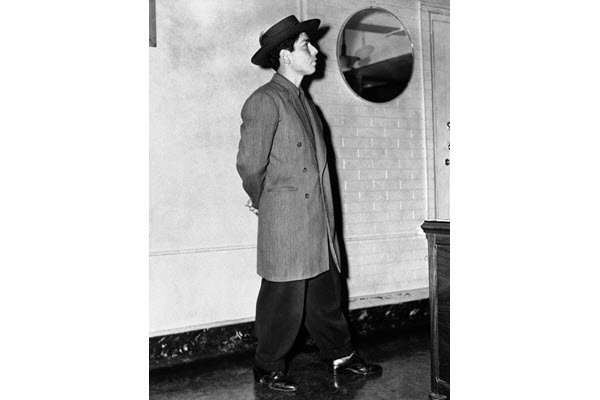 Photo: A young pachuco sporting a zoot suit being held on vagrancy charges in Los Angeles County jail during the Zoot Suit Riots of 1943. (AP Photo)

The tensions surrounding the zoot suit culminated in the Zoot Suit Riots of 1943. On June 3, a group of 50 sailors based at the Naval Reserve Training School in Los Angeles assaulted a number of Mexican American zoot suiters, infiltrating their communities and attacking whoever donned the garment.