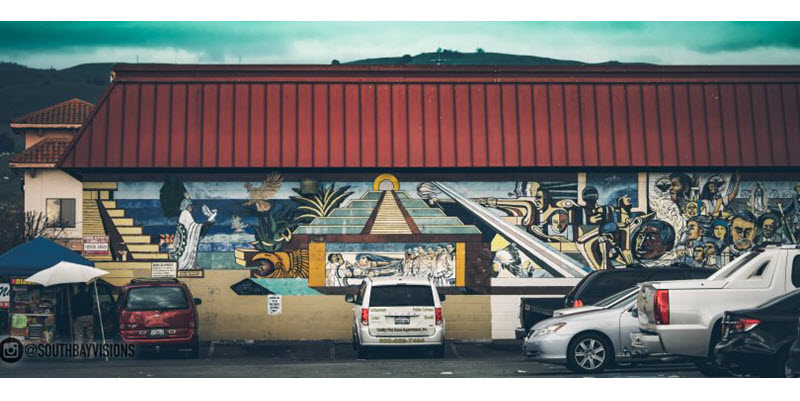 Photo: A *mural* near Story and King Roads in East San Jose was painted over this week.

San Jose, California — Bay Area muralist Jose Meza Velasquez has filed a $5 million lawsuit in federal court against the new and former owners of a shuttered storefront on Story Road, alleging they violated state and federal laws that protect artists’ work when they removed his historic mural from the building without notice. Community members and public officials were outraged after finding that a valuable piece of the city’s history had been quietly painted over before the sun rose one August morning.