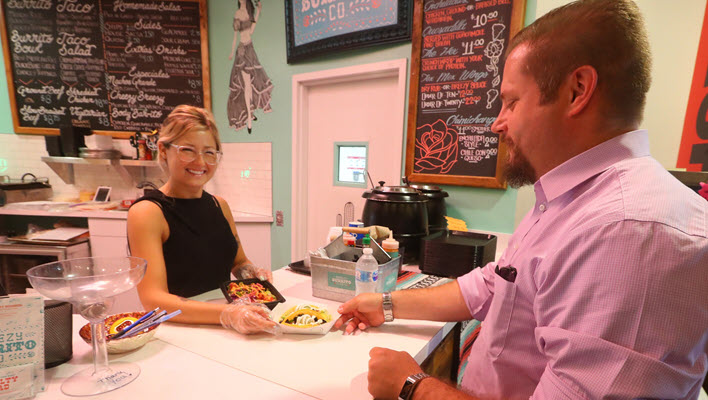 Briana Rose Hunter, owner of Breezy Burrito Co. in EXPO Market food hall, has announced she will take over 1000 Elmwood Ave. for her first stand-alone location, to be called Breezy Burrito Bar. Hunter founded the business in January 2017, when her fast-casual Mexican-American concept became part of the second wave of vendors to open inside EXPO. The location in the downtown food hall will continue to operate even when the new bar is open, Hunter confirmed.