This Neglected Mt. Washington Mural Hides A History Of Chicano And Indigenous Identity 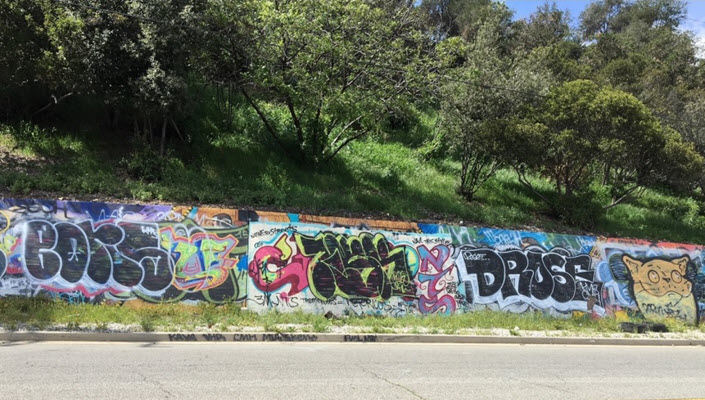 Photo: Daniel Cervantes’ 2004 mural on Marmion Way, below the Southwest Museum of the American Indian, was defaced with graffiti and eventually whitewashed in 2013.

For many residents of Highland Park, a predominantly working-class Latino neighborhood in Northeast L.A., what happened to the 2004 untitled mural of indigenous people next to the Southwest Museum of the American Indian encapsulates their anxiety over gentrification.