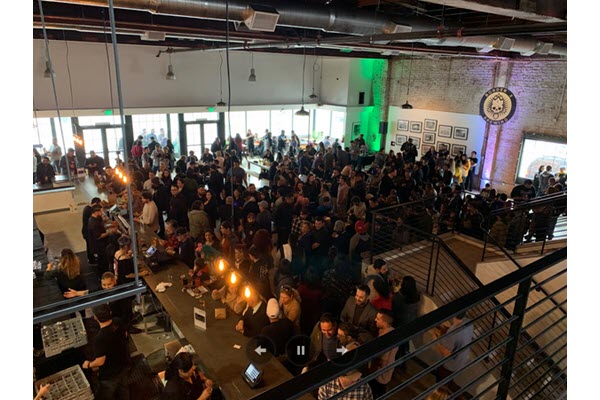 Border X Brewing is a Chicano owned and run Mexican craft beer establishment in the Chicano oasis of Barrio Logan, just a can’s throw from world-famous Chicano Park. There’s no need to hit the 5 South all the way to enjoy the adventurous beer selections of San Diego’s Border X Brewing. Saturday was the grand opening of the new and sprawling Border X “numero dos” Brewery in the City of Bell.