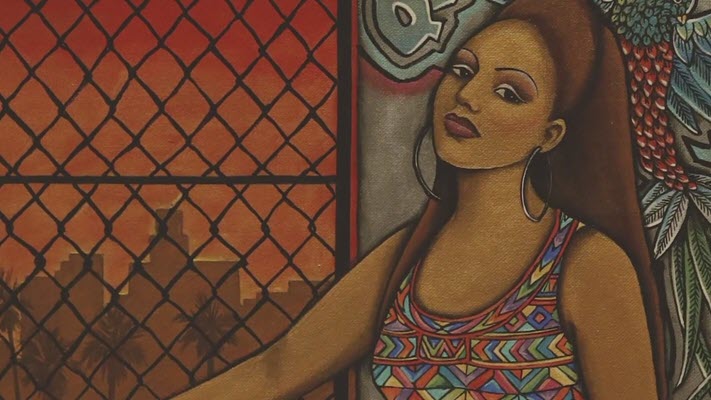 Albuquerque, New Mexico – It’s a celebration of the icon in Chicana culture:  The Chola.  From the streets of Los Angeles to the high deserts of New Mexico, she is as diverse as she is often misunderstood and complex and the National Hispanic Cultural Center is celebrating her contribution to the culture. “Que Chola” celebrates the persona admired and emulated throughout the world.  Curator Jadira Gurule conceptualized the show while in college, thinking of the various ways she’s interpreted in different regions.