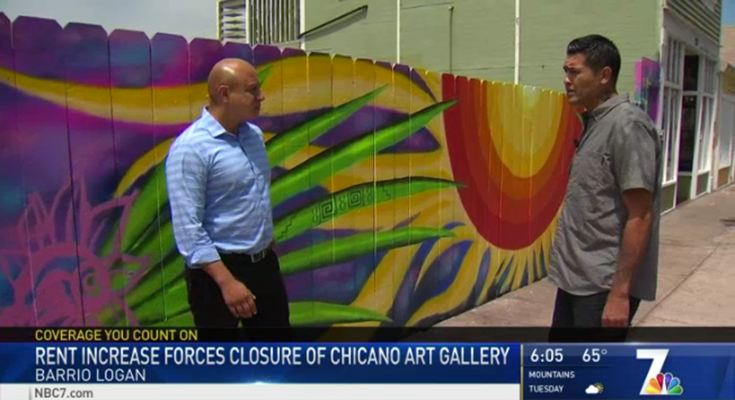 Video Capture: A popular art gallery in the heart of Barrio Logan is having it’s final are show Saturday. NBC 7’s Ramon Galindo has more.

A popular art gallery in the heart of Barrio Logan will have its final show on Saturday. Chicano Art Gallery founder, Christian Castañeda, said he was forced to close after his rent was doubled. Neighbors are worried rising rents will push more long-time residents out of the neighborhood. Castañeda opened the gallery six years ago and it soon became a staple of the Barrio Art District. Along with other galleries and shops, Chicano Art Gallery has turned this area into an art and food lover’s destination.