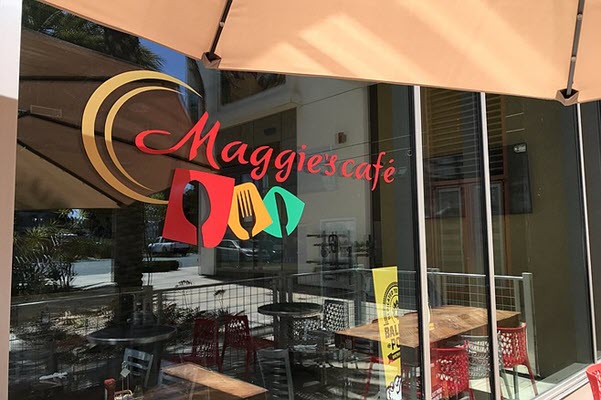 David was born and raised in Tijuana, then his parents brought him across to Barrio Logan. When he was still really young, he started working in restaurants. He worked really hard. And a couple of weeks ago, he opened his own restaurant, right back here in the Barrio where he started off.

So now it’s young David who is bussing, doing front of house here at his dad’s brand-new Maggie’s. It’s the second restaurant David Sr. has opened, both named after his mom. He opened the first in Serra Mesa five years ago. Here in the Barrio, they’ve only just cut the ribbon. But David says they’re already getting a big breakfast crowd. He reckons it’s because they have tons of straight American dishes like bacon and eggs and potato skins as well as the Mex-Chicano choices.