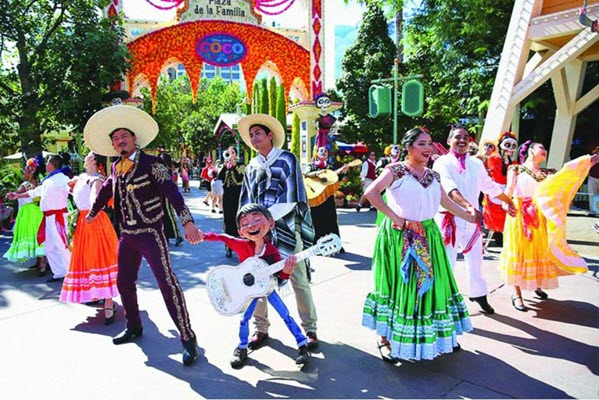 Photo: Baile in the streets.

Playing the part of Anaheim’s Virgil, I appeared on Américans, a short-lived Telesur show, five years ago and spoke about Disneyland’s relationship with Latinos. The Mouse House courted our community, but Anaheim still reeled in the wake of police riots. In a time before Coco, all I could babble about was Princess Sofia, Disney’s almost-Latina character, and a platitude about resort workers not being able to afford the fun. These days, the Disneyland Resort is más Mexi than ever. When this Mouse-musing column debuted, legendary cartoonista Lalo Alcaraz mentioned what an Imagineer once told him: that half of all Anaheim theme park attendants are Latino.