Pilsen Tortilla Shop’s Mural Disappears. But Don’t Worry, Owner Says, An Even Better One Is Coming 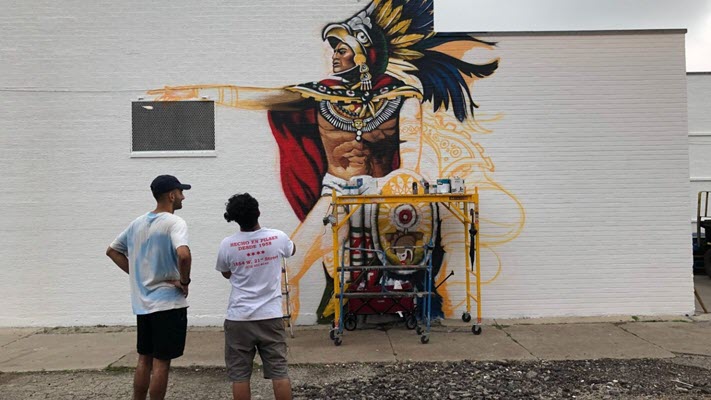 Photo: Owner Julian Rodriguez, and one of the artists Manuel Macias look at the progress on the new mural outside El Popocatepetl Tortilleria in Pilsen.

Pilsen, Illinois — The sudden disappearance of the large mural on the side of El Popocatepetl Tortilleria in Pilsen this month alarmed some fans who took to social media to express their concerns. The original mural at 1854 W. 21st Street featured the faces of several Pilsen residents, including the tortilla shop’s founder, Ernesto Avina.