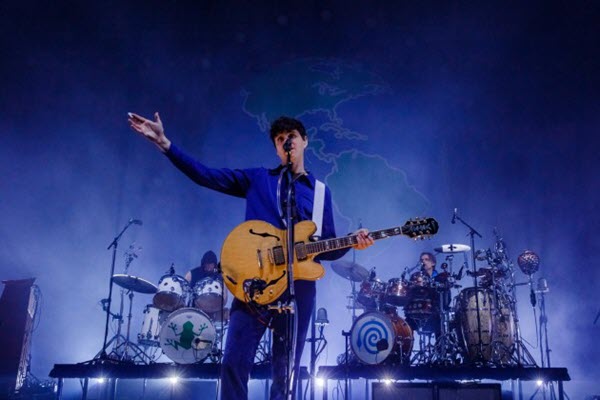 Vampire Weekend‘s great new album Father of the Bride is out now, and they’ve been celebrating it on a massive tour that hit Chicago’s Huntington Bank Pavilion at Northerly Island on Sunday (6/16). As the review quoted above points out, the band’s newfound jam-band tendencies were on display, and their 31-song set included things like the extended jam version of “Sunflower,” teases of Toots and the Maytals’ “Pressure Drop” and Santana’s “Smooth,” a cover of “Late in the Evening” by Paul Simon (who VW have long been compared to), a version of SBTRKT’s “New Dorp. New York” (which Ezra Koenig sings on), two fan requests, and much more.