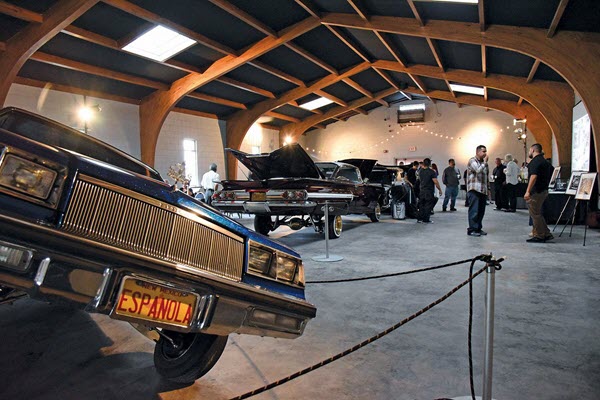 Photo: The hard hat event at the future Española Lowrider Museum featured sample exhibits and cars brought in the day of the event. Permanent exhibits will be funded with a grant from the state Tourism Department.

An Aug. 7 event at the future site of the Española Lowrider Museum showcased potential exhibit layouts and featured speeches from Gov. Michelle Lujan Grisham and a slew of community leaders from Rio Arriba County. The New Mexico Tourism Department, which provided Rio Arriba County with a $50,000 grant for the Museum through the Rural Pathways Project, debuted a video from its New Mexico True project highlighting and advertising lowrider culture in Northern New Mexico.