Siqueiros’ Journey From Artivist to Beacon for Chicano Movement 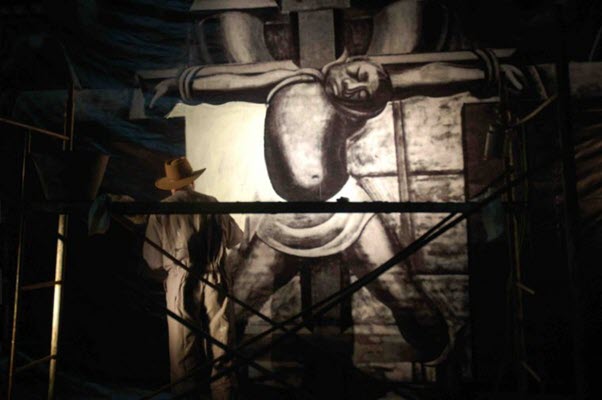 In April 1932, David Alfaro Siqueiros arrived in Los Angeles, California. The muralist and activist had been serving a jail sentence in his native Mexico for his openly communist leanings, which the country’s government quickly cracked down on. His political leanings, as well as his commitment to creating art that could serve the public, led him to work on two different murals in Los Angeles that are infamous precisely because of they outcry they elicited. One, in particular, found a second life when it was recovered decades later and found itself becoming a beacon for the Chicano movement.