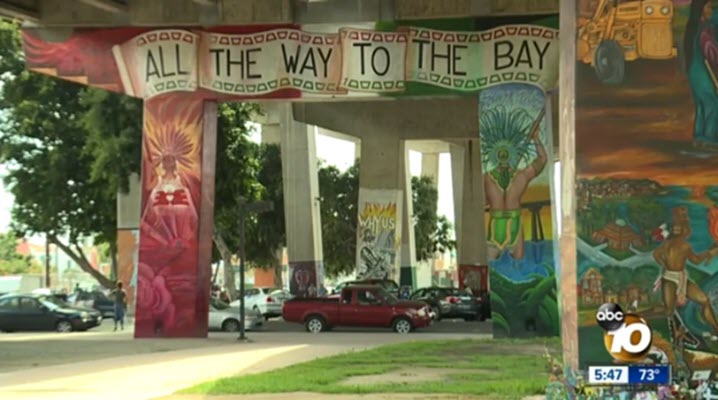 San Diego, California (KGTV) – Located in the heart of Barrio Logan and under the bridge to Coronado sits Chicano Park, one of San Diego’s most treasured landmarks — an expanse of open space the surrounding community fought hard to keep. In the early 1970s, people living in Barrio Logan banded together to keep a California Highway Patrol station from being built. Resident then created the park they were always promised.