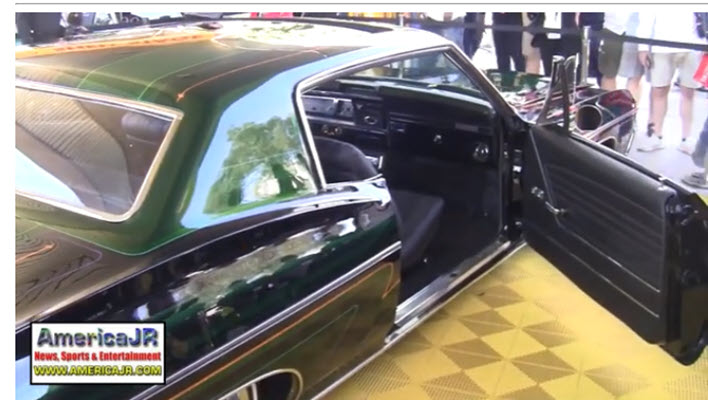 AmericaJR’s Jason Rzucidlo was LIVE at the Las Vegas Convention Center for the 2019 SEMA Show in Nevada. On Tuesday, Jay Leno looks the wraps off his restored 1968 Ford Bronco. The SUV was originally given to him as a gag gift from fellow comedian Craig Ferguson when Leno ended his run as host of “The Tonight Show.” In addition, Shell/Quaker State unveiled a 1968 Chevy Impala lowrider that will be auctioned off to a charity next year.