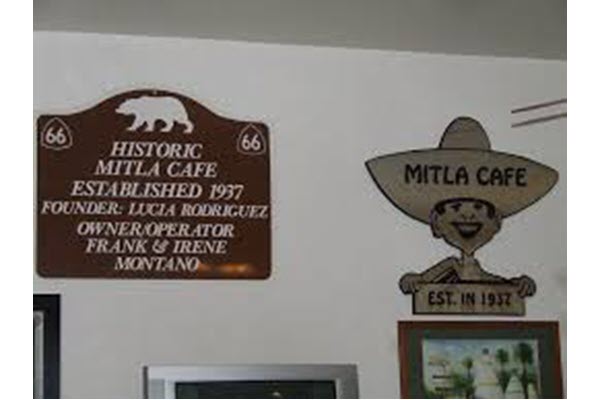 Yes, Glen Bell stole Cafe Mitla’s taco recipe in building his Taco Bell fast-food empire, and no, they did not receive credit for it. To end the story there, however, is an injustice to the cafe’s role as both a catalyst for nearly a century of Mexican-American social change and a longstanding meeting point for a marginalized community. The Mexican comfort-food spot that Lucia Rodriguez opened in San Bernardino, California, in 1937 quickly blossomed into an important meeting point for Mexican families of the day. Cesar Chavez was a regular when in town, and Lucia’s husband made patrons out of a powerful group of local businessmen who would go on to form the Mexican Chamber of Commerce.