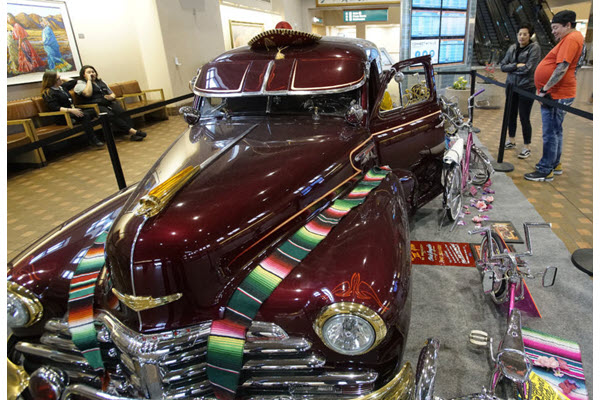 Photo: Chelsea Arellano and her father, Aaron Arellano, admire a 1947 Delivery, part of the temporary lowrider exhibit at the Albuquerque International Sunport. The two made a trip to the airport to check out the cars.

International recognition has landed at the Sunport thanks, in part, to the state’s lowrider culture. The online magazine ArtDesk has ranked the art collection at the Albuquerque International Sunport as among the best nine in the world. It shares the honor with airports in Changi, Paris, Amsterdam, Mumbai, Vancouver, San Francisco, Doha and JFK in New York City.