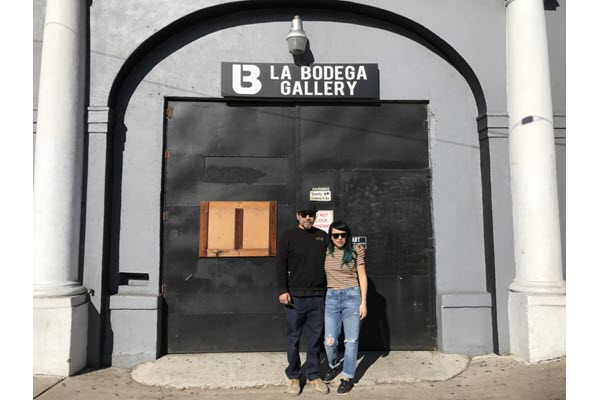 Photo: Soni-Lopez Chavez and Chris Zertuche are being priced out of their “La Bodega Gallery” in Barrio Logan after they were informed of a rent increase that they cannot afford at Barrio Logan and Logan Avenue.

San Diego, California — Regarded as one of the pioneering galleries behind Barrio Logan’s vibrant arts district, La Bodega Gallery will close its doors at the end of the month. Gallery owners say the decision came after they were unable to negotiate a lease agreement with the property owner because of an increase in rent they said they “can’t afford.”