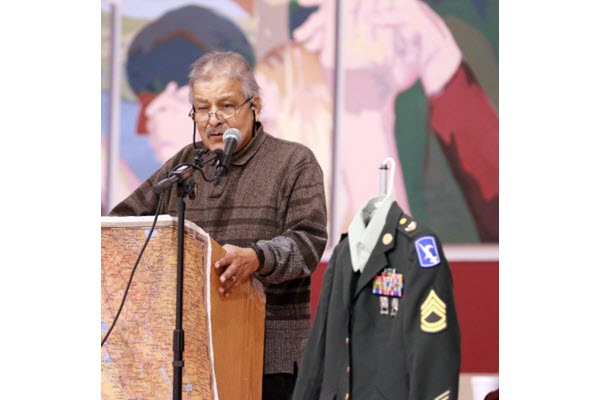 Photo: Marty Ramirez gives an invocation during the Chicano/Mexican-American military service memorial dedication at the Guadalupe Center in Scottsbluff.

Area soldiers unveiled a Chicano/Mexican American monument at the Guadalupe Center in Scottsbluff to pay tribute to the service and sacrifice of fellow soldiers in wars throughout America’s history. Following the Veterans Day parade, people gathered at the center for a program about the sacrifices of Chicanos as soldiers and veterans and how their stories will be memorialized through the monument.