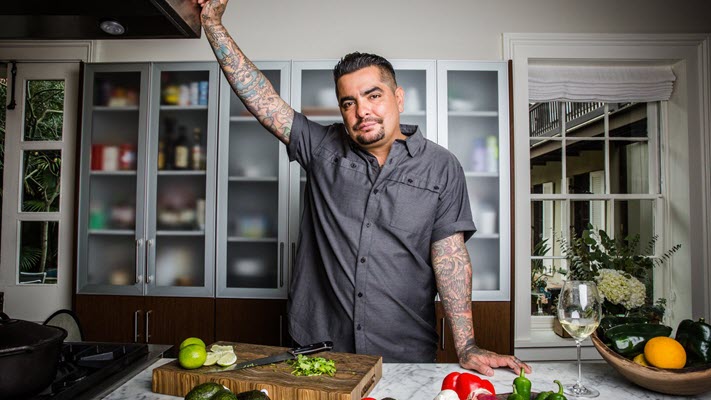 Although El Paso-born chef Aarón Sánchez has been seen regularly on a variety of food-focused television shows, perhaps most notably as host of the Cooking Channel’s Taco Trip and as a judge on Food Network’s long-running competition show Chopped, Sánchez’s culinary chops are undeniable. The 43-year-old son of legendary Mexican chef and author Zarela Martinez, Sánchez spent time working in the kitchen of chefs such as Paul Prudhomme in New Orleans before he became a small-screen regular.