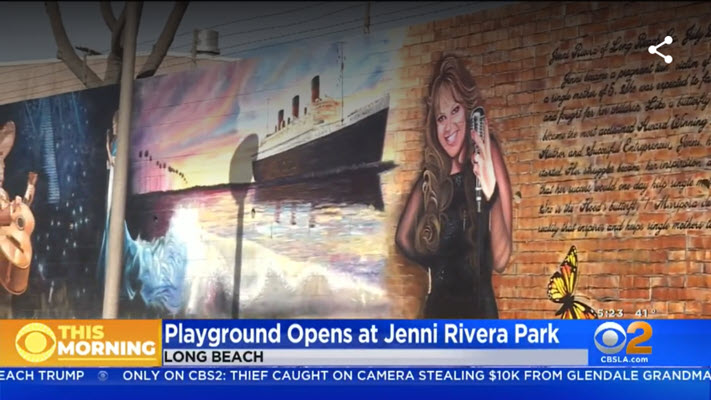 Long Beach (CBSLA) — The ribbon was cut on the Jenni Rivera Memorial Park in Long Beach, California, the hometown of the late Mexican-American singer Jenni Rivera. A mural of the singer smiles down on the sunny playground for 5-to-12 year olds. The Grammy-nominated singer and actress died in a 2012 plane crash in Mexico. The playground is open now at 2001 Walnut Avenue.