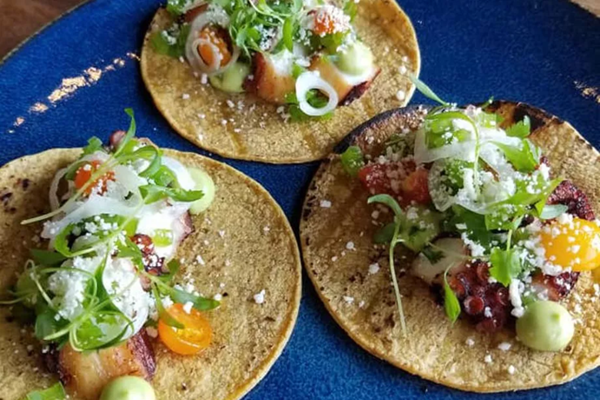 By Amy McCarthy – Houston.Eater.com – Photo: Belly of the Beast | Facebook.

Now open at 26510 Border Street in Old Town Spring, Belly of the Beast is a project of chef Thomas Bille and his brother Edward, both of whom originally hail from Los Angeles, California. Thomas Bille honed his skills in the bustling Los Angeles restaurant scene, including stints at chef Timothy Hollingsworth’s much-lauded Otium and gastropub Ford’s Filling Station. After moving to Houston, Texas, Bille briefly worked for chef Hugo Ortega at Xochi.