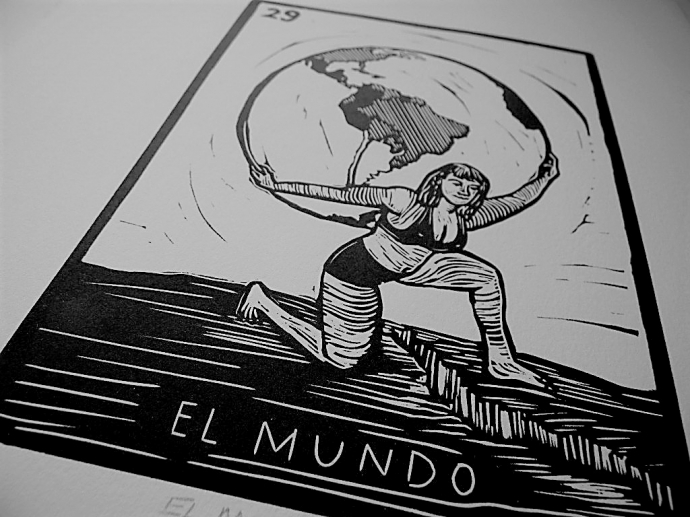 Image: Alex Velazquez Brightbill linocut print “El Mundo” is based on a card from the card game Lorita.

Alex Velazquez Brightbill is a Riverside, California, resident who immigrated to the United States from Mexico at the age of 10. She has spent nearly 30 years perfecting her craft, intertwining elements of Hispanic culture with historical references and themes of social justice into her works, which are primarily made up of printmaking and paintings.