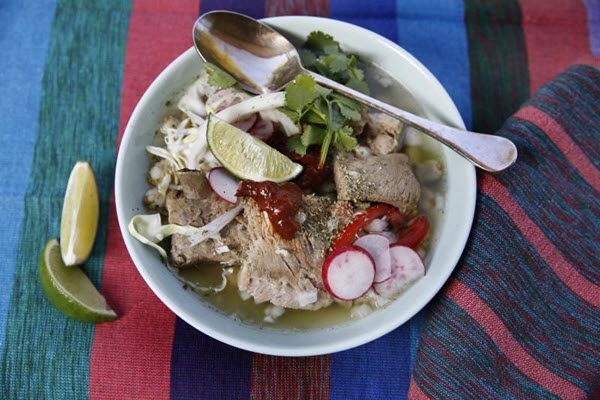 Photo: Posole with pork made by chef John Ash at his home in Santa Rosa, California.

Cinco de Mayo is a bigger deal in the United States than in Mexico, with the exception of the Mexican state of Puebla and the Battle of Puebla on May 5, 1862. The French army was better trained and better equipped and outnumbered the Mexicans by as much as 10 to one by some estimates. But at the town of Puebla, the Mexicans won a big victory against them, holding the road to Mexico City and sending the much-vaunted French army heading for the hills.