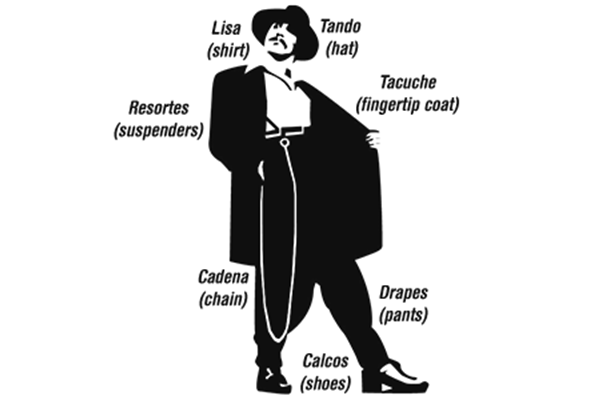 The Pachuco style originated in El Paso, Texas, and Ciudad Juárez, Mexico, and moved westward, following the line of migration of Mexican railroad workers (‘traqueros’) into Los Angeles, where it developed further. The word ‘pachuco’ originated, probably early in the 20th century, in a Mexican Spanish slang term for a resident of the cities of El Paso and Juárez. Even today, El Paso and Juárez are the ‘El Chuco’ or ‘El Pasiente’ by some.