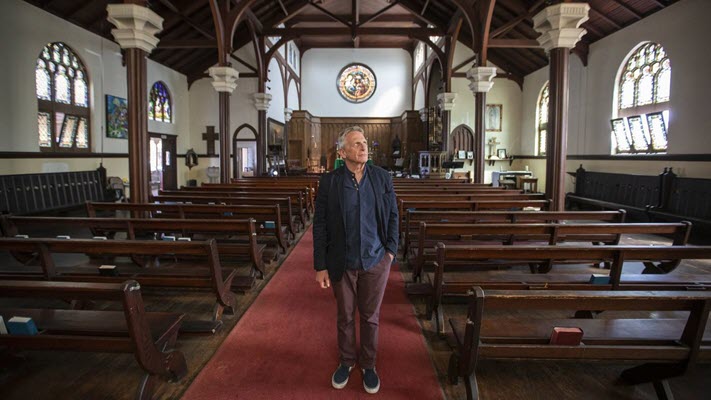 Photo: Father Tom Carey stands inside The Church of the Epiphany in Lincoln Heights, which was built in 1913.

Decades ago, farm labor leader Cesar Chavez gave talks at a church in Lincoln Heights. La Raza, an underground pro-Chicano newspaper, was printed in the church’s basement. In hopes of raising money for repairs, the church is among 20 sites nationwide competing to win preservation funding. If it receives enough votes from the public during a one-month competition, which began Monday, the church will win a $150,000 grant.