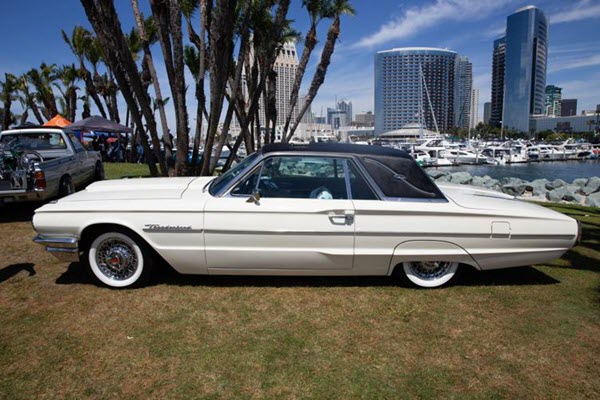 Photo: With a super-low frame in the rear, this 1960s style Ford Thunderbird is one of the models that came to define the company.

Richard Ochoa, president of Society Car Club in Mesa, Arizona, and owner of Motorsport Showcase, an exhibition company, said lowriders are more popular than ever.  “This has happened because of the internet,” he said. “There’s mechanisms in place that let people who haven’t seen (the style) to participate.” The Day at the Bay car show in San Diego, California, speaks to Ochoa’s point. The show has been growing steadily since its inception in 2011, said its coordinator, Jose “Pelon” Alvarado.