Los Lobos Kick Off Music at the OC Fair 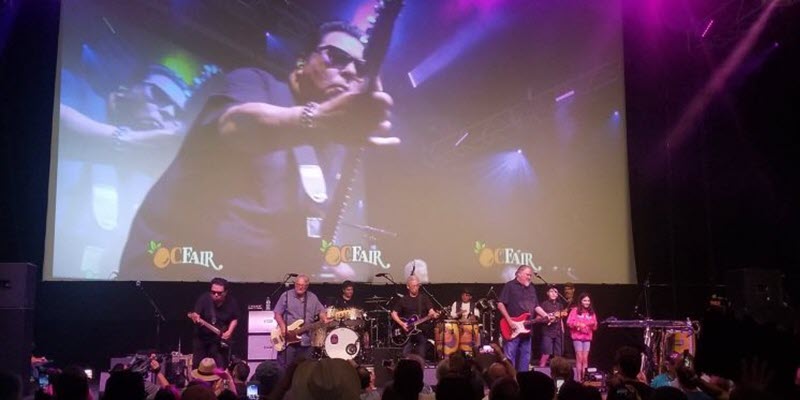 This year marks the 45th anniversary of East L.A. Chicano rock band Los Lobos. Even if you don’t instantly recognize the name, chances are you’re familiar with their music, whether it be from a movie soundtrack or that one time they visited Sesame Street. With more than 20 full-length releases and a plethora of singles recorded for the likes of Disney and Warner Bros. under their belt, the band’s prolific output spans from Mexican folk music to blues rock and everything in between. Last Sunday, Los Lobos played a nearly two-hour-long set as a part of the Orange County Fair’s opening weekend.