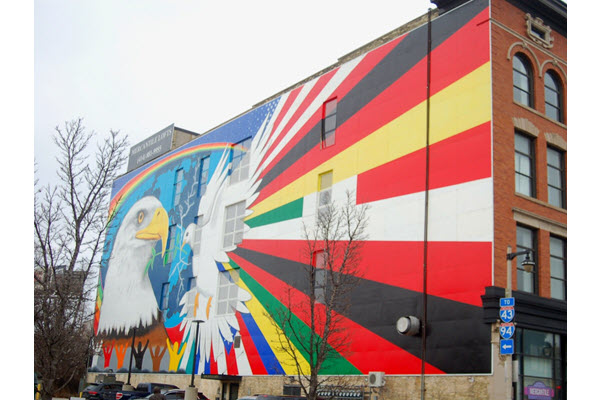 Photo: The “Mural of Peace” at 611 W. National Ave. was painted in 1993 by Renaldo Hernandez on the south side of the Esperanza Unida International Building.

Today, the League of United Latin American Citizens, the nation’s oldest Latino civil rights organization, will hold its 90th annual national convention in Milwaukee, Wisconsin. LULAC convention will be the largest national Latino meeting organized in Milwaukee’s history, it certainly won’t be the first of its kind. That honor belongs to the 1971 Milwaukee Latin American Convention, an event organized to harness an upsurge in social movement activism among the city’s growing Mexican American and Puerto Rican communities.