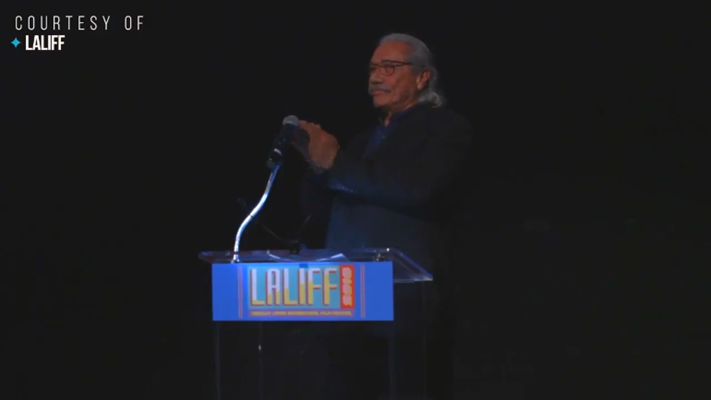 Los Angeles, California — Edward James Olmos is a legendary Mexican-American actor, director, producer, and activist who has been in film and television roles for over 40 years. He’s best known for his roles in Battlestar Galactica, Selena, and Stand and Deliver. Olmos co-founded the Los Angeles International Film Festival (LALIFF) in 1997 with the mission of strengthening and celebrating Latino lives through film.