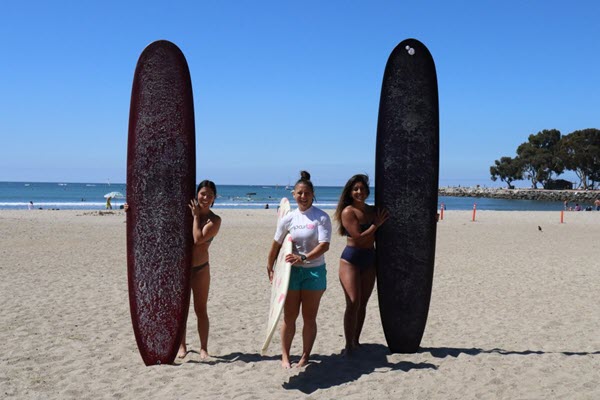 A new surf club has emerged to bring a community to those who don’t have one. Dr. Cassie Comely, Vanessa Yeager and Giselle Carrillo founded the Latinx Surf Club about a year ago, but it had been in the works for a couple of years. The club’s kickoff event united Latinx surfers for a day of surf at Doheny State Beach in California on Saturday, July 20. “Latinx” is a gender-neutral term used in lieu of Latino or Latina in reference to Latin American culture or identity.