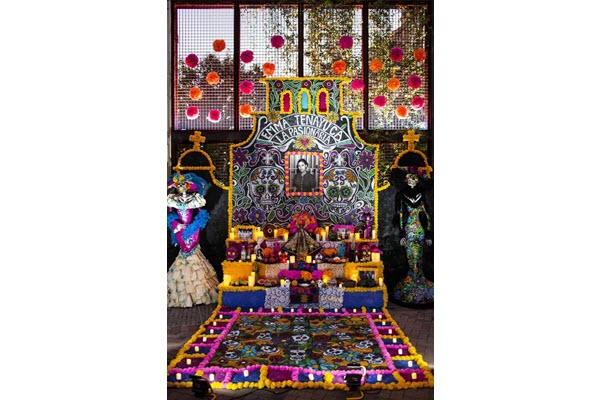 Photo: This altar for Emma Tenayuca was created by artist Regina Moya for the annual Dia de los Muertos festival at the Pearl on Friday, November 2, 2018. Emma Tenayuca was a Mexican-American labor leader, union organizer and educator. She is best known for her work organizing Mexican workers in Texas during the 1930s.

As San Antonio prepares for several new public celebrations of that Mexican and Latin American spiritual and cultural holiday, these landmine questions are floating above the large-scale calaveras expected to pop up around downtown soon and the colorful trajineras that will float on the San Antonio River.