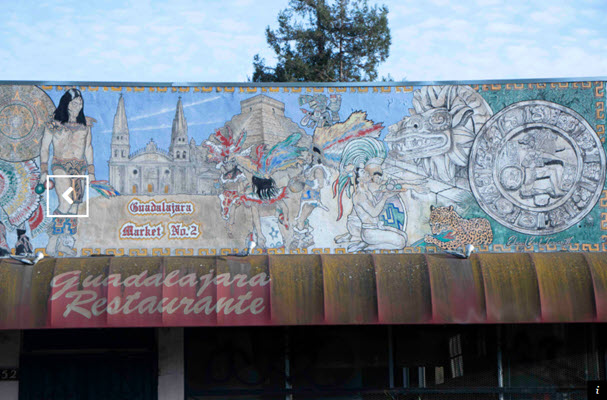 Photo: One of the six murals that the San Jose Historic Landmarks Commission recently added to the Historic Resources Inventory is painted on the shuttered Guadelajara Market #2 on Empire Street in San Jose, California.

Community members, who want to preserve Chicano art in San Jose, are celebrating a unanimous decision by the city’s Historic Landmarks Commission to grant protections to six murals previously at risk of being painted over.

The decision to add the murals to a database of historic sites—the Historic Resources Inventory came after nearly a year of advocacy by a group of artists, activists and residents who were alarmed by the sudden removal of “Mural de la Raza,” which was on the side of a now-shuttered Payless ShoeSource. The organizing group, El Comité for the Preservation of Chicano Arts, worried that incidents like this would continue without government action.