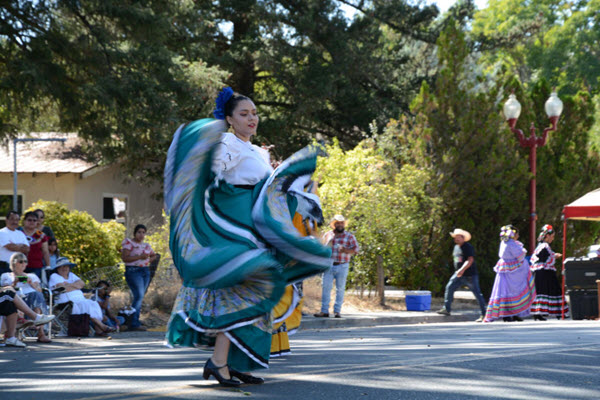 Lakeport— Thousands attended the Día de la Independencia festival located on Main Street in Kelseyville which celebrates the Mexican-American population’s contributions to the community, according to the Kelseyville Business Associaton leadership. The atmosphere was festive with rows of multi-colored pendants adorning the street, from beginning to end. Mariachi music filled the air and many of the participants were dressed in festive Mexican garb. The street was lined with informational booths and a variety of food and craft vendors were there to sell their wares. The event began with the singing of both the American and Mexican National Anthems.