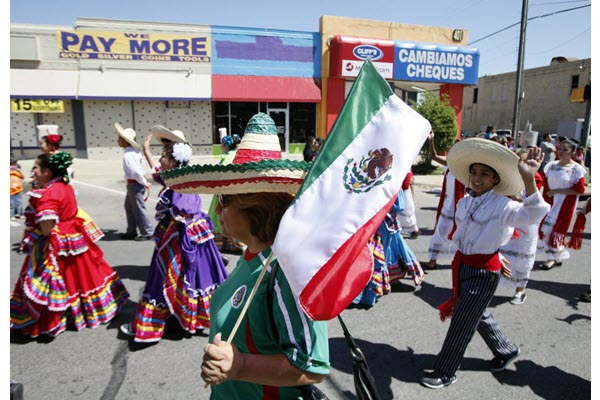 Photo: Gloria Reyes walks with a sombrero and Mexican flag during the 24th Annual Cinco de Mayo parade and festival on Jefferson Boulevard in 2014.

Dallas, Texas – From the quinceañera dress shops on Jefferson Boulevard to the densely populated residential areas along Illinois Avenue, it was Latino immigrants, mostly from Mexico, who kept Oak Cliff alive, according to a new book. In Barrio America: How Latino Immigrants Saved the American City, Andrew K. Sandoval-Strausz presents a case for why this demographic shift in Dallas’ history shouldn’t be overlooked, even as parts of the largely Hispanic Oak Cliff area undergo gentrification and many long-term residents are forced to move out due to rising rents and property taxes.