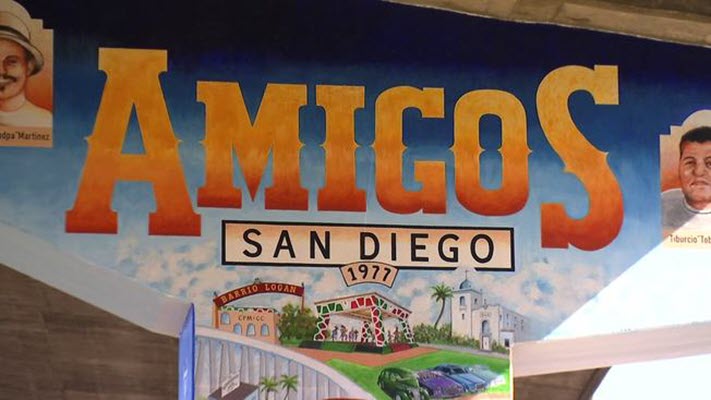 By Rafael Avitabile and NBC 7 Staff – NBCSanDiego.com – Image Not Credited.

A freshly painted mural in Barrio Logan’s historic Chicano Park celebrates the spirit and lifestyle of lowriding while paying homage to the founders of a car club deeply rooted in San Diego’s Chicano culture. Slick, leaning, and low to the ground, lowriders burst onto the scene in southwestern San Diego County with the help of the Amigos Car Club, founded in 1977.