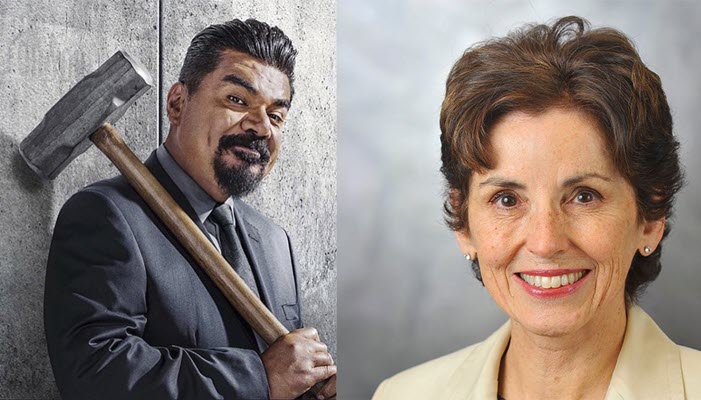 Photo: Comedian George Lopez and astrophysicist France Cordova in the Hall of Fame.

Twelve personalities were inducted into the California Hall of Fame on Dec. 10 at a ceremony in Sacramento, including two prominent Latinos who are proof of the talent and drive of the community in both the science and entertainment fields.  They are comedian George Lopez and astrophysicist France Cordova, who joined writer Maya Angelou and Jeanne Wakatsuki Houston, artist RuPaul Charles and cook Wolfgang Punk, among others, in the 13th statewide Hall of Fame ceremony, receiving the “Spirit of California” medal from the governor.