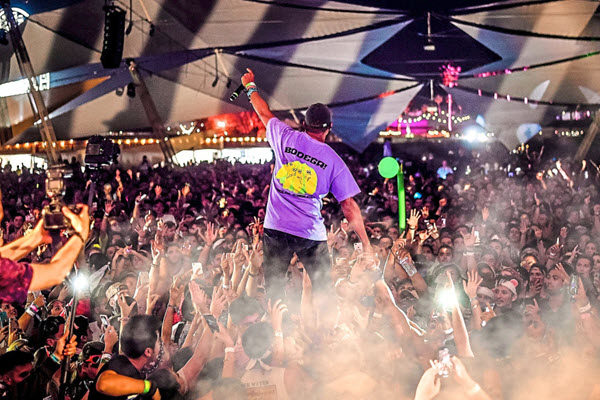 Photo: Major Lazer, shown here performing a surprise set at the Do Lab stage at the 2019 Coachella Valley Music and Arts Festival at the Empire Polo Club in Indio, is one of the performers at the new Virgin Fest at Banc of California Stadium and Exposition Park in Los Angeles.

A couple of the fest lineups that dropped are prominently led by women. The bill for the new Virgin Fest clocks in at 62.5% women and female-fronted groups.