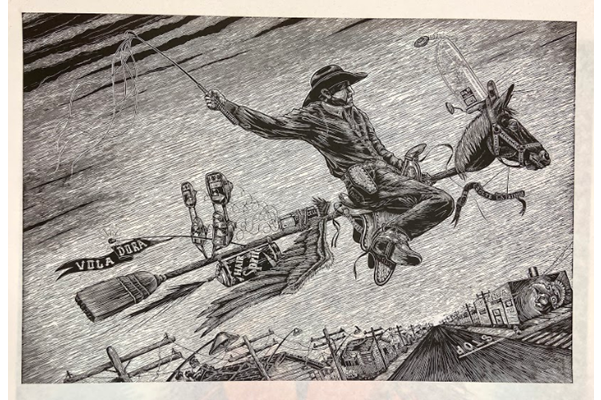 Image: One of five pieces selected to be featured in the featured in the Smithsonian American Art Museum permanent collection. “Montando a la Escoba Voladora (Riding the Flying Broom),” by Juan de Dios Mora (2010).

Juan de Dios Mora’s work captures the intersection of Mexican, European and American cultures. The artist and educator creates detailed prints that have, until recently, mostly celebrated those who live at the southern border. But in an upcoming political series, Mora shifts his focus from the community that lives on the border, to the people who patrol it.