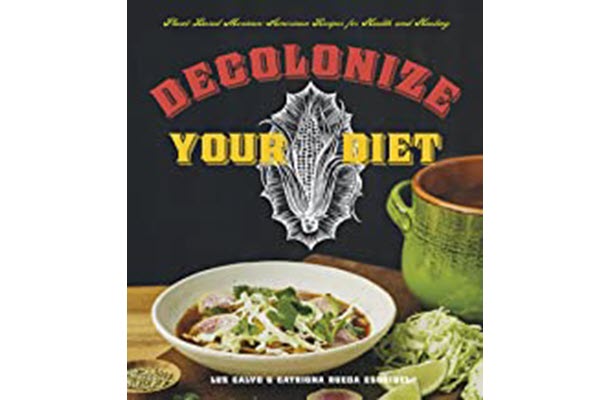 Luz Calvo, professor of ethnic studies at Cal State East Bay, says that eating a plant-based diet has a long history for many Mexican people. Calvo is co-author of a cookbook called “Decolonize Your Diet: Plant-Based Mexican-American Recipes for Health and Healing.” The cookbook is based on a Mesoamerican diet – largely composed of foods traditionally grown in Mexico and Central America, such as corn, beans, squash, and greens.