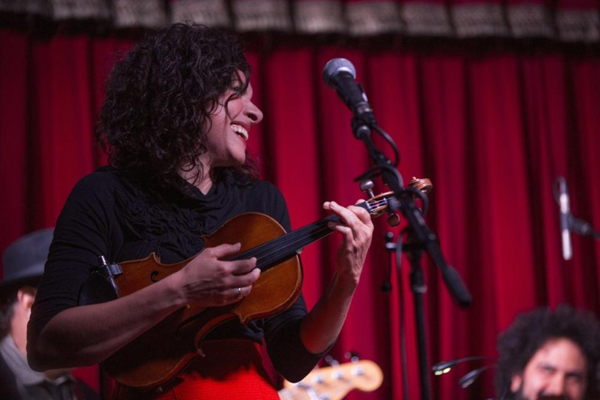 Photo: Musician and singer Carrie Rodriguez has launched a video series with her husband called “A Song For You”

Carrie Rodriguez: It’s a family affair for the fiery fiddle player and her guitarist husband, Luke Jacobs. Together, with adorable appearances by their son, Cruz, they’ve created a new video series on carrierodriguez.com called “A Song For You,” where the couple regularly records one song at a time. The power of these two together is pure music magic. Viewers can request songs in advance. A donation form is on the website or Venmo @Lucas-Jacobs-6.