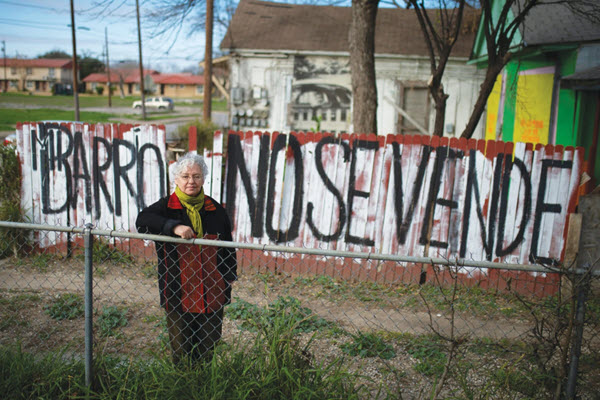 Photo: Garciela Sánchez, the director of the Esperanza Peace and Justice Center, would like to see Alazán-Apache improved but largely preserved.

The Alazán-Apache Courts, in San Antonio, Texas, is the largest and oldest public housing development. Built between 1939 and 1942 on the city’s poor and overwhelmingly Hispanic West Side, the courts consist of 685 low-rise apartments split into clusters on either side of Guadalupe Street, less than a mile from downtown.