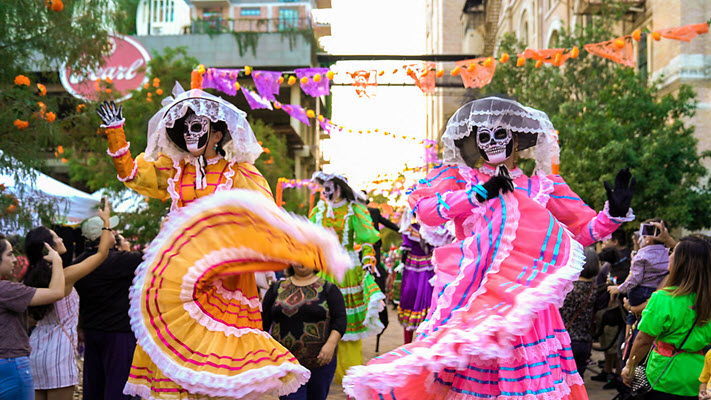 San Antonio, Texas, presents a beloved cultural event, Día de los Muertos a.k.a. Muertos Fest, now in its seventh year, earned national recognition by being named one of the 7 Best Fall Festivals in the United States by National Geographic Magazine. Taking place October 26-27, at its new location in Hemisfair, Día de los Muertos is expected to be bigger and better than ever this year with more entertainment, music, children’s programming and altars than ever before, all of which is free and open to the public.